Drop in A&E attendance during lockdown

“In the first few weeks, there was a massive reduction in [retinal detachments] to around two or three per week.  We became worried” 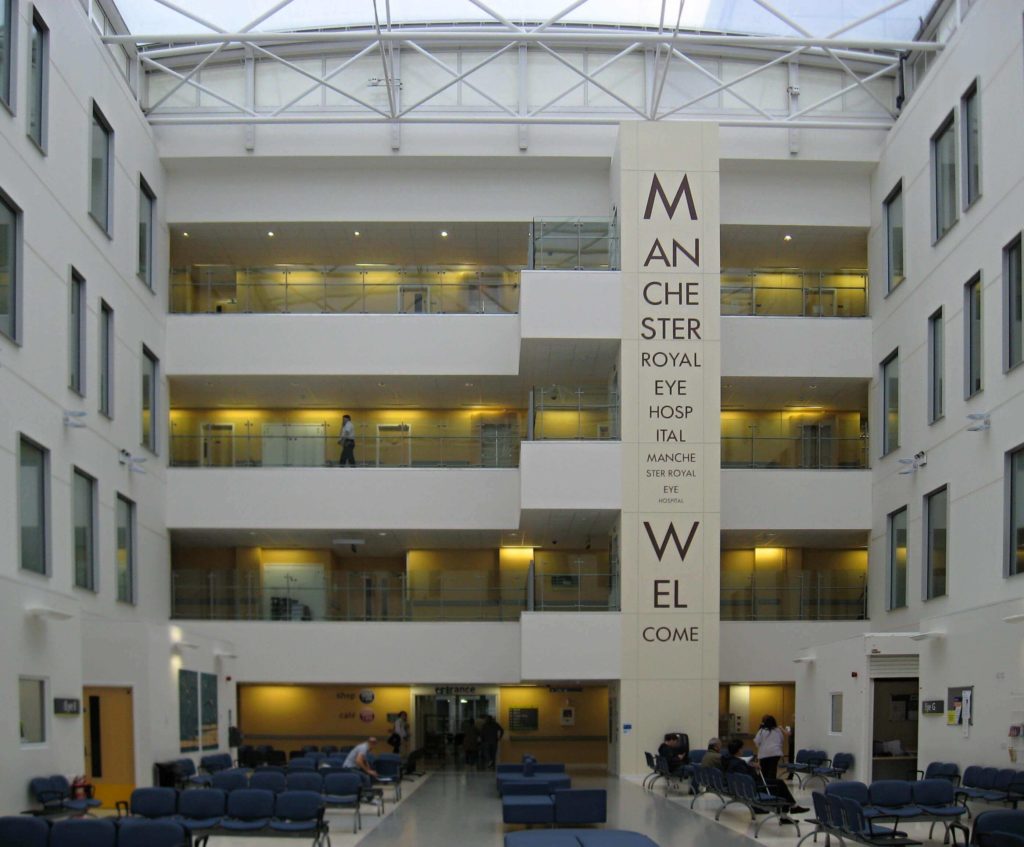 Surgeons at Manchester Royal Eye Hospital have performed live specialist surgery to over 100 trainee doctors at an Italian conference and over 1,000 online.

Consultant Ophthalmologist and Vitreoretinal Surgeons Felipe Dhawahir-Scala and Niall Patton each performed a Vitreoretinal (VR) procedure on two patients, which was live streamed to an audience hundreds of miles away.

The first surgery was led by Consultant Surgeon Felipe Dhawahir-Scala who performed a VR technique that he introduced to the UK in 2011. His patient suffered sight-loss due to a dislocated intraocular lens. Supported by a team of theatre nurses, Felipe successfully regained the patient’s vision by removing the dislocated lens and inserting a retro pupillary clipped lens.

Felipe is the first to have performed this surgery live at an international conference, with approximately 1,000 doctors from around the world tuning in online to watch him perform the operation.

The five-day conference, E-Learning Ocular Surgery (ELOS), held in Milan featured one live surgery from a different area of the globe each day, with two surgeries broadcast live from Manchester Royal Eye Hospital.

The livestream which was broadcasted worldwide online throughout the week provided a platform for thousands of surgeons to find simple solutions to complex problems.

Consultant Surgeon at MREH Felipe Dhawahir-Scala said “I have performed live surgery at conferences internationally a number of times but this is first time that we have been able to showcase the brilliant technical, surgical procedures that we carry out on a daily basis at MREH.”

“Participating in this conference has provided us with a fantastic opportunity to share our learning and techniques with hundreds of other retinal surgeons, highlighting MREH as a leading eye hospital and VR unit worldwide.”

Consultant Surgeon Niall Patton “Being able to represent MREH internationally by participating in conferences such as ELOS and sharing our leading expertise has been fantastic. It has been great to be able to do this from our hospital in Manchester, really putting MREH on the map and showcasing how we provide a service of excellence to all our patients.”

An eye implant the size of a pea is set to give new hope to people stricken by failing eyesight after it was made available on the NHS.

The tiny telescopic device can correct the effects of a disease which has no cure and causes “blind spots” and blurred vision that make even simple tasks a daily grind.

In 2014 private patient Joan Gill, 87, became the first Briton to have the £12,000 CentraSight implant fitted to combat the effects of Age-Related Macular Degeneration (AMD).

The device, which can be implanted during surgery lasting just an hour, enabled her to see her great-grandchildren for the first time.

Now it has been made available on the NHS after Manchester Royal Eye Hospital announced yesterday it could offer its patients the lifetransforming implant.

It could lead to NHS eye hospitals nationwide offering the procedure which could benefit 600,000 people.

For now, the hospital said it was prioritising the treatment to the most extreme sufferers of AMD in Greater Manchester.

Only 600 surgical CentraSight implants have been fitted across the world with fewer than 50 in the UK – all to private-paying patients.

The device, which magnifies objects up to 2.7 times, is placed in the pupil. Images are projected on to the healthy part of the retina, allowing patients to use the central vision necessary to recognise faces and objects before them.

“It is backed up by data showing at least five years of sustained improvement in vision.”

AMD has two main variants, the rarer wet AMD – which can be partially treated with laser surgery or medication – and the more common but untreatable dry AMD, which CentraSight is targeting.

“It’s good news. Studies suggest it can improve vision and should help improve quality of life.“

“It is important we continue to fight for more research funding because our ageing society means many more people are developing the condition.”

Near-blind Joan Gill, of Cheshire, had the implant fitted after years of failing sight. She can now recognise family and friends – and watch TV.

“I recognise my daughters and grandchildren when they come to the door. I couldn’t do that before and it was upsetting for everybody.”

“I recognise my daughters and grandchildren when they come to the door. I couldn’t do that before and it was upsetting for everybody.”

A hospital in Manchester has become the first NHS hospital in the UK to offer a new treatment using a tiny telescope to restore sight.

Manchester Royal Eye Hospital is offering some patients with age-related macular degeneration (AMD) an operation to implant the mini telescope in their eye.

Pearl Halliday described how the condition affects her and surgeon Felipe Dhawahir-Scala explains how the treatment works.

Manchester Royal Eye Hospital is the first NHS hospital in the UK to offer a new telescope implant for end-stage age-related macular degeneration. Everywhere else in the UK it is only available in private hospitals.

AMD attacks the sensitive part of the back of the eye responsible for central, detailed vision. The result is a central “blind spot” and generally blurred sight that makes recognising faces and daily activities difficult.

AMD is the most common cause of sight loss in the developed world and more than 600,000 people in the UK are living with it. Smaller than a pea, the implant uses a unique, micro-optical technology to magnify images approximately 3 times. The images are projected onto the healthy part of the retina, making it possible to again use the central vision.

As part of the treatment programme, CentraSight’s tiny telescope implant is placed in the eye via an operation similar to a cataract operation.

MREH is the second largest eye hospital in the UK and has, for over 200 years, been at the forefront of ophthalmic care.

“This is a potentially life-changing option for people with end-stage AMD and we are proud to be the first NHS hospital to offer it. We chose to offer the telescope implant as it is backed up by data showing at least five years of sustained improvement in vision – Mr Felipe Dhawahir-Scala, Consultant Ophthalmologist and Vitreo-Retinal Surgeon at MREH

“It’s good news that this new lens implant will be available to some patients at an NHS hospital. Studies suggest it can improve vision and it should help improve their quality of life and enable them to cope with day to day activities. By 2020 almost 700,000 Britons will have late stage AMD.It is now the most common cause of sight loss in the country. It is important that we continue to fight for more funding for macular research because our ageing society means many more people are developing the condition.” – Cathy Yelf, Cheif Executive of the Macular Society